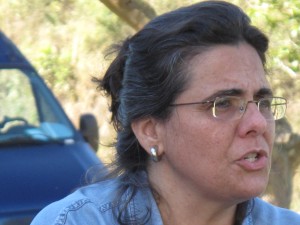 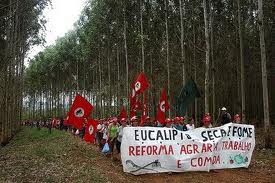 Tuesday, March 6, 2012 – 22:00
(Nancy Cardoso Pereira is a Methodist pastor and collaborator of CEBI. National coordination of the Pastoral Commission of the Earth – CPT-CPT)

An international day for  movements and struggle for women, March 8 was never easy to swallow! In late February and early March of early 1900s in Russia, Europe and the United States,  socialist women celebrated their days of struggle from major events: strikes, demonstrations, confrontations!

In the middle of World War in 1917, in Russia, socialist women held their Women’s Day on February 23, the Russian calendar. In the Western calendar, the date corresponded to March 8. On this day in Petrograd, a large number of women workers, mostly weavers and seamstresses, contrary to the position of the party, who thought that was not the moment for any strike, took themselves to the streets in demonstration, and that was the fuse that started the first phase of the Russian Revolution, known then as the February Revolution.

What do they want? What do we want?

Abolish private property? Absolutely! Abolish private property as the basis of society that structure inequalities, hierarchies of power creates and maintains a systemic war against nature and its beings.  March 8th is a day of struggle against private property … also in the context of social relations, marriage and sexuality. Bed and bath. That’s right … we want to abolish the powers of landowners, businessmen, politicians, bosses, husbands and masters. Get shocked! March 8th is a day anti-bourgeois, bourgeois against the ridiculous homage that tries to continue dumbing down women with tradition, family & property or flowers, chocolates & a ribbon, or myths of romantic love, beauty and motherhood. Get shocked! It is against all this that we struggle, articulating class-gender and ethnicity in the construction of an eco-feminist socialism.

And the bourgeoisie scream! “You women, feminists, communists want to introduce the community of women!” Yes, we do! We have lived like that! We’re community and build our unity in the struggle between rural women and the city! We do not accept reduced to means of production and reproduction of capital, the family and male power. We uproot ourselves from violent and historical forms that keep us subordinate, as minorities, and uneven.

Right now hundreds of women farmers in Rio Grande do Sul, Brazil, are under a black tarp under the eucalyptus trees, one of the 200.000 hectares of multi-imperialist agribusiness forestry – Aracruz, Votorantim, Stora Enso, Boise … Claiming that the green desert is stopping land reform and making peasant agriculture unfeasible.

Right now the women of Via Campesina and their children cry when they see those lined up eucalyptus trees, the land occupied with nothing, the food that does not spring from the ground, the water that has no time to get wet. Observed by the Military Brigade – their horses and dogs – women bless the world and sleep between fear and solidarity. All the valley lights up forgiving these trees made of lies and ugliness.And in the dark, they make Via… via-milk, via-campesina, and revolutionary and plan gardens, orchards and kitchens, making strategies for a peasant plan for Brazil.

Right now strong, vigilant and determined women do the security of the land in the camp owned by Boise. Those who  want sweetness, affection, kindness and grace… go write about pastry or pillows. The great love of their life is mixed with the ability to get tough… losing patience when needed.

Get shocked! Lords theologians. The March 8 arrived and announced, against all hope! that the days of the god-father are numbered and that the day will come – and has already arrived  – where we will do theology with burning hearts, against all violence and property.