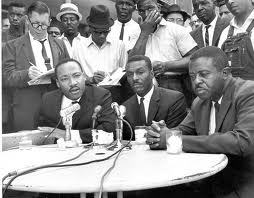 Posted on Oct 7, 2011 | by David S. DockeryJACKSON, Tenn. (BP) — Each day people fly in and out of the Birmingham International Airport, rarely considering its official name. A few years ago, city officials gave the airport a new name: the Shuttlesworth-Birmingham International Airport. My guess is that very few people who do know the name of the airport recognize its full significance, a significance brought into new focus this week.

Approximately 50 years ago, Birmingham garnered national attention for the racial strife that characterized the city.

I learned about these racial tensions not from the national media as did many others; I heard about and experienced these tensions as a young lad growing up in the city. Many people know about “Bull” Conner, Birmingham’s powerful public figure who served as commissioner of public safety, and his role in the unrest that characterized that city in 1963. Many others know about the arrest of Martin Luther King Jr., having read the moving “Letters from the Birmingham Jail.”

Less known, however, is the instrumental work of Fred Shuttlesworth, one of the most determined and courageous leaders of the Civil Rights movement during the 1950s and 1960s. On Wednesday of this week (Oct. 5) the earthly life of Fred Shuttlesworth came to an end at age 89.

If Martin Luther King Jr. was the head of the Civil Rights movement, as well as its most visible spokesperson, and if Ralph Abernathy was the heart of the movement, Fred Shuttlesworth was the soul and volitional willpower for these efforts. Shuttlesworth’s death brings an end to the era of these prominent Civil Rights leaders, known as “the Big Three.” Together they had founded the Southern Christian Leadership Conference in 1957. Now more than a half-century on the other side of those founding days, the death of Shuttlesworth has reminded us afresh of the sacrifices and concerted labors required to carry forward the dreams that were birthed at that time.

Born in Montgomery, Ala., Shuttlesworth grew up in Birmingham in the strictly-segregated, post-Depression world of the 1930s. He became a Baptist minister in the 1940s and was called to serve Bethel Baptist Church in Birmingham in 1953. From this platform, he gained a reputation as a fiery gospel preacher. He regularly called for racial reconciliation in the racially-divided South.

While agreeing with King’s commitment to non-violence, Shuttlesworth was often more aggressive and confrontational than King or Abernathy. By his own count, Shuttlesworth’s house was bombed twice and he was beaten or jailed more than 30 times. The “Big Three” played different roles in the civil rights efforts, but together were able to advance their shared goal of racial reconciliation.

While there were many important moments for this movement during those historic days, beginning with the Montgomery bus boycott in 1955 and the Freedom Rides in the early 1960s, it was the collaborative efforts in the Birmingham demonstrations in 1963 that were key to the adoption of the 1964 Civil Rights Act. Shuttlesworth also was a key leader in the famous “Selma march,” which eventually led to the 1965 Voting Rights Act. These two vital pieces of legislation were certainly not the result of any one person, but it is hard to think of anyone who had a more pivotal role in these major events which led to the historic legislative acts than Fred Shuttlesworth.

Shuttlesworth’s ministry, after the tumultuous years of the 1960s, continued to focus on care for the homeless and the work of racial reconciliation. In 1998, he was a strategic signatory and supporter of the “Birmingham Pledge,” a program which has been adopted in key cities in all 50 states to help address prejudice and racism in local communities. His latter years were lived out with his second wife, Sephira, a 1979 graduate of Union University.

The inspirational life of Fred Shuttlesworth has now come to an end, but his legacy and his commitment to work for the gospel, for good and for reconciliation will continue. Hopefully, the next time our travels take us to the Birmingham airport, we can all utter a prayer of thanksgiving for the one whose name now brings honor to that place, while determining to help carry forth Shuttlesworth’s vision for racial reconciliation in our day.
–30–
David S. Dockery is president of Union University in Jackson, Tenn.