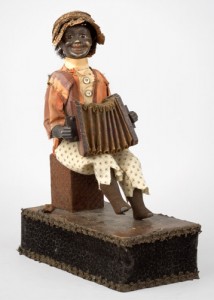 A long time ago, my grandparents used to live in Mooca, a poor immigrant neighborhood in the city of São Paulo. The family was big, they had three boys and 2 girls and my grandfather’s parents lived in the house too.

My grandparents, José and Maria, came from Portugal first, in order to find a better life in Brazil. Later my great grandparents came to Brazil too. They were simple people trying to raise their children the best way they could. My grandfather worked in the stockroom of a big company called Bayton. They didn’t have chance to study. My Grandma was illiterate but my grandpa managed to read and write a little. My father used to tell me very often how beautiful my grandpa’s handwriting was. It was my father’s pride on his father. Later on, when my father married my mother, they lived in the same house.

I remember my father telling me a story that changed their lives and the lives of their children and grandchildren completely.

It must have been around 1940’s. There was an old black man who every Sunday afternoon used to sing at the corner of the street lived. He would come in the afternoon and sing for about an hour and leave. No literature to give to anyone, no preaching, only singing. He had his voice and his accordion and sang was they felt like religious hymns. He never invited anyone to go to his church. In fact, no one knew if he was a member of any church. His mission was this: go to that  street corner and singing songs, hymns that he knew and loved.

Sunday after Sunday he used to do that. My grandparents started to notice his presence every Sunday and then they placed their chairs on the street in order to listen to this man’ songs. My father said that one song especially touched their hearts deeply: “The Old Hugged Cross.”

One Sunday he didn’t show up. Everybody were seated on their chairs outside of their houses waiting for the singing man to come once again but for the great disappointment of my family, he didn’t come and never showed up again. Time went by and one day my uncles and my father were walking on a street in a Sunday morning and they passed in front of a building that seemed to have songs inside. They stopped and heard a song that was like the one that that singing man used to sing. They decided to go inside and check in and the rest of the story is the history of my family and my own history. They became members of the Igreja Presbiteriana Independente do Cambuci / Independent Presbyterian Church of Cambuci. My mother was already a member and it was at the church that she met my father.

That black singing man, without knowing anything that happened afterwards, transformed the life of my family and my life as well. That old black singing man believed that his singing could affect somebody’s life. The beautiful hymns that he sang at the corner still echoes in my heart and in the heart of those I live with. I thank God for the life of that man who changed the story of my life. His voice is in my signing, his songs in my heart, his blood runs deeply in my own blood now.